Join us for an informal, networking event to bring together the solar and storage community.  Former Colorado Governor Bill Ritter, and current Public Utilities Commission Chair Eric Blank will join us as the guests of honor for a fireside chat.

Join these individuals and other decision-makers, developers, executives, and non-profit advocates to reconnect, share thoughts on the region’s progress toward clean energy goals, and trade business development ideas.

Sunrun CEO Mary Powell will explain her vision for radical collaboration in the electric power sector. Formerly the CEO of Green Mountain Power, Powell’s time working in a utility has earned her the 2019 Utility Executive of the Year award and helped shape her vision to speed the clean energy transition through distributed energy resources, a flexible grid, and whole home electrification.

State Policy and the Energy Transition: How states are building the aircraft while flying it

While federal infrastructure legislation may make the news, energy policy is really determined at the state level.  Hear from executive directors at Mountain West state energy offices about their successes in clean energy policy in 2021 and their vision for climate goals, cleaner air, wholesale markets, electric transportation, and building electrification in 2022.

Net Metering: How do we modernize rates to prepare for electrification?

With rapid electrification of vehicles and buildings, consumers could double their use of electricity in the coming years. However, existing state laws are backward looking, relying on historical consumption as a yardstick to size a future solar system. Learn how rates and net metering should be modernized to meet the needs of an increasingly electrified world.

Regional Transmission Authorities: What do customers want from an RTO?

A wholesale market will fundamentally change the relationship between consumers and their electric service providers. These markets could save consumers millions of dollars but there are trade-offs with reduced state control, compromises on climate policy, and the sharing of transmission costs. Learn what large energy users hope to gain through a regional transmission organization.

Be part of the first wave who achieve a truly Net Zero Energy facility! Join Iconergy’s President, Doug Hargrave, to learn how commercial and industrial building owners can achieve a Net Zero facility by installing an optimized combination of energy storage, solar photovoltaics, and impactful energy efficiency strategies. Improving facility resiliency is an additional key goal that can also be achieved by combining these three elements, albeit via a different optimization approach. This discussion is for people who are done talking about the “why” and who are ready to start taking action for “how” to achieve net zero at their facilities.

Local Policy Wins: What have the SEIA chapters been doing for you lately?

In a rapid-fire presentation from three Mountain West state-level solar organizations, learn about state chapter successes in increasing markets in 2021 and what opportunities exist in 2022 and beyond.

Low & Moderate Income: How do we bring everyone along in the energy transition?

Solar and energy storage is often derided as only for the rich. That doesn’t have to be true. This panel will explore how the benefits of solar can flow to all members of society from lower energy bills to community solar gardens to cleaner air.

Resi and CSG:  How are customers determining value, and how can the industry create an optimal customer experience for a solar purchase from Day One to Year 20?

In these fragile economic times, convincing a customer to “go solar” can be a hard proposition.  Hear from industry experts as they share their insights on customer purchasing, what sells, what motivates, and what is critical to close the deal.

The 8 Steps of Decarbonization

Learn about the 8 steps of Decarbonization and how to optimize your solar and storage assets. The training will highlight case studies in Colorado and their approach.

Interconnection as the Lifeblood of Solar and Storage: Best practices and process improvements

Interconnection has emerged as a major source of conflict between developers and utilities.  Hear some of the battle stories as well as successes from engineering experts as they discuss interconnection best practices.

Valuing Energy Storage: What is pushing utilities and consumers to buy storage in the face of economic challenges?

Hailed as the holy grail to the clean energy transition, batteries are on every developer’s mind.  Yet, the cost of batteries keeps them out of reach for most consumers today.  Hear from storage energy experts about the promise, and struggles, to deploy this game-changing resource.

Hear an interview with a New Mexico cooperative making the change to locally-generated and stored solar power. Learn the lessons from the path and hurdles to clear to get to the community rewards.

Gov. Polis will speak about the progress Colorado has made toward a 100% clean energy future. He will highlight victories during his Administration and lay out plans to address continuing challenges this legislative session. These plans will shape the future of energy in Colorado and create opportunities that your business will not want to miss out on.

WMEG or SPP or CAISO- Where Is The Wholesale Future?

East? West? Or something in between?  Regional markets hold tremendous promise for the Mountain West region but require many compromises to bring to life. The region must assess carefully and choose wisely as it considers a wholesale market to join (or devise). Hear from panelists how they are weighing options and assessing the risks and benefits.

While utilities extol large-scale renewable generation solutions to meet clean energy goals, hear how distributed solar facilitates actually facilitate large-scale generation.  This panel will present modeling that demonstrates how distributed energy resources are instrumental to the clean energy transition and should not be an after-thought to utility resource planning.

The world of sustainability is rapidly changing. Gone are simple offsets. Corporations are being asked to construct sophisticated approaches to environmental, social, and governance sustainability concerns. Learn how sustainability professionals are tackling this challenge in 2022.

From Back Up To TOU Rate Applications, The Hybrid Inverter Covers It All

Creating YIMBYs: How to work with local jurisdictions to foster support for solar and storage

Neighbors and local stakeholders are often the loudest voices on projects. This panel will discuss how to garner public support and political force from those who are in favor of solar – YES in my backyard – and how to proactively ensure those opposed are heard and their concerns are addressed.

O&M Best Practices – How do we ensure the implementation carries out the vision? 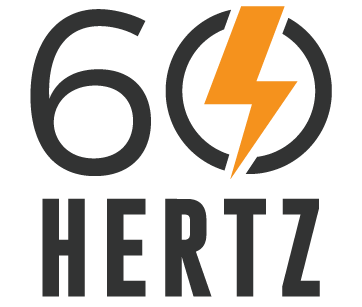 Investing in solar and storage can be expensive. Greater adoption of distributed energy resources hinges on reliable operations and consistent performance. Hear from operations and maintenance professionals about new products, best practices, and how to keep maintenance bills manageable.

Capturing the Money: How do we overcome challenges financing Resi and C&I projects in the Mountain West Region?

With low energy prices across the Mountain West, residential and C&I projects can be tough to finance. This panel will discuss some of the innovations in customer acquisition, reducing risk and improving processes that will lower costs and increase margins.